Benefits of load-planning for freight forwarders 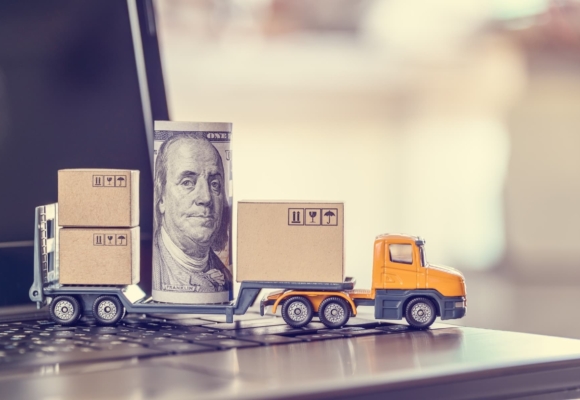 During the previous blogs, we introduced DeepPack, presented the technology behind it, and described its features and what differentiates it from manual load planning or traditional load planning tools.

In this blog, we will consider a common real-life scenario and show how DeepPack can save time and money for the user vs traditional manual methods.
Company A is a large freight forwarding firm, handling billions of Twenty-foot Equivalent Units (TEUs) on a yearly basis. A single shipment contains hundreds of packages of different dimensions and constraints. The company is facing two essential challenges:

On a specific day, the transportation team is tasked to ship a certain load from port X to port Y.

The load consists of 217 items with 20 different shapes. The items come from different shippers and they all have a variety of constraints:

Pre-loading is done manually, using pen and paper, and typically takes up to 45 minutes per load. During this phase, the load planner drafts a loading plan, relying solely on their years of experience. Confronted by various parameters, such a complex problem is nearly impossible for a human to solve at an optimal level.

The loading team begins loading the items inside the container using best practices and rules of thumb. However, these rules never ensure an optimal load plan, so, the team needs to constantly improvise and rearrange the load, wasting a significant amount of time and potentially violating one or more of the client constraints.

On the other hand, DeepPack eliminates the complexity and takes away a very heavy burden from the load planner and operator. An optimal load plan that respects all safety and customer constraints is available at the click of a button. DeepPack ingests input information on the load, including dimensions, weights, and constraints, and instantly provides the optimal load plan and detailed step-by-step loading instructions. Hence, the operator has a clear loading strategy indicating where each item needs to be loaded, with exact coordinates.

Run through DeepPack’s optimization engine on the instant run option, company A’s load would be spread across 2 containers, utilizing 70% of the total volume in the first container, and 20% in the second which is the optimal setup that respects all of the client’s constraints. DeepPack will, in fact, save 10% space utilization on average compared to manual loading.

An example of a DeepPack-generated load plan:

Additionally, we can view the load plan according to the priority groups:

The operator can see the step-by-step load plan by manipulating the controls above the 3D view and load the items as given in the results. This can be done on a tablet at the container door itself.

The loading team can also follow a printable PDF report that demonstrates how to place each item in its right place.

n this case, Company A has reduced the space occupied by the load in the container while respecting the constraints imposed on each item. Additionally, it diminished the time previously taken by manual load planning from approximately 45 minutes to a few seconds.

Company A ships 4 million containers on a yearly basis with each 20ft container costing $3000 (on average).

If you would like to try DeepPack on your own data, our Early Access Program is available until the end of the year, free of charge. Additionally, participants will benefit from an exclusive discounted pricing tier afterward.

To register your interest, simply complete this form and we’ll be in touch.

If you have any questions, get in touch at hello@deeppack.ai

Find out more about DeepPack™